Everything as a service - Are we going to own less stuff?

You might have already seen the acronym SaaS (Software as a Service), perhaps you have even seen PaaS and maybe HaaS, but what about IaaS, STaaS or MaaS? There are so many things being offered as a service now that a term was coined to encapsulate them all. The software industry made this model famous once businesses realized that paying to use software through the network could be much more cost-effective and scalable than building all the infrastructure to use them in-house but nowadays, there is much more than software or platforms for businesses being offered in this model.

Sure, everything is still built on software and cloud computing but there are many products and services that people can now consume in a similar manner: rather than buy it permanently, you pay for what you use. Here are a few examples:

I know, renting houses is not exactly a new thing but companies such as AirBnB are making the process a lot easier for owners to list their houses so others can pay to stay there for a few days, weeks, or even months. I have a friend that decided to adopt a nomad lifestyle since he can work remotely a 100% of the time so he's just been traveling the world and staying a few weeks in different places. If he had to rent houses the "old way" I'm sure it was going to be a lot harder for him to do that. 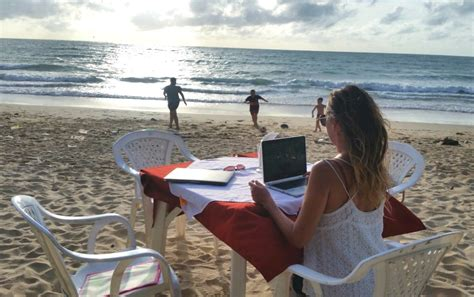 Imagine you are a casual gamer and you like to try a few games every now and then but you can't justify investing a couple of thousand dollars on a high-end gaming rig. Companies like Shadow are targeting that market by selling monthly subscriptions for people who want to play on high-end computers without actually owning them. You can play games or run other applications using their virtual machines from many devices you already own, provided you have a decent internet connection. Again, renting a car is not exactly a new idea, but companies like Uber have really made it a lot easier for people to use transportation as a service and also the growing Carsharing industry is taking car rental to a new level. It's never been easier and cheaper to rent a car for a few hours if you have to run some errands, for example, and don't have a vehicle of your own. So, back to the question

Are we going to own less stuff?

It depends. In some industries, paying for stuff as a service could be clearly better in all, or most, scenarios but in others, there are many factors that could determine a different answer to different people.

Take housing, for example. For a lot of people, it would make much more sense to rent, financially speaking, but there are many other factors that can influence that decision such as a sense of security, emotional attachment, and others.

But the thing is, I don't think this question is really important. What really matters here is the flexibility and the new possibilities that this new model brings to the table.

Personally, I really like the idea of owning less stuff and adopting a minimalist lifestyle and as more companies start to offer their solutions as services such a lifestyle will become more common and accessible to those who want to adopt it.

Ultimately, I believe that society will evolve to something like that in the future that but in the meantime, both models will coexist, giving plenty of options to different profiles of customers.

I think it will probably be the future. The only thing that rubs me the wrong way is how this makes me of the Great Reset. I just don't really like the saying of saying you will own nothing and be happy.

True, good point, I can see how the title could be misleading towards that idea.

I think taskmaster summed it up very nicely: we'll actually own more stuff, just a lot of it is not going to be physical.

A question with a multi-tiered answer.

The short version is yes we will. In fact, a case could be made we already do. As we see things become miniaturized and digitized, we see less "physical" things. We not only use to have music in the physical form (a record/CD) but something to play it on. Now it is on a device we use for other purposes.

This image says a lot. And that doesnt include roadmaps, dictionaries, or enclyclopedias.

However, there is a downside to all this. We do not own what is loaded onto our phones in most instances. It is under an account with Apple or Google. This could be a problem in the VR world.

That said, NFTs will change this. Hence we will likely own more in the future, just not physical stuff. They will be digital representation of something else, perhaps something that isnt even physical itself.

This is where the answer gets convoluted. In the end, my hope is that tokenization means we all own a whole lot, as opposed to it being in the hands of a few elitists who want to run the entire world.

That's a very good point. The very meaning of "ownership" will be very different with NFT's and other technologies that will be incorporated into our daily lives.

I guess eventually owning a lot of stuff will be irrelevant. BTW, Your friend who gets to travel the world is living my dream lifestyle.

Some things are unavoidable though. Imagine having a family and not having a home to raise kids or a car for emergencies. Some of these conveniences like Uber and Airbnb can't be entirely reliable when raising kids. So... I guess they come with a minor clause.

Actually, in most major cities people raise kids without cars or even owning their home. In the US about 2/3 the population "owns" their home since it is really the bank who has the note.

So I would disagree that owning those two things is vital to raising children. We see it in major cities everyday.

I don't think it's possible to raise kids in an Airbnb or with complete reliance on Uber for transportation against owning a car of your own.

While these things are convenient they are not exactly sustainable.

BTW, Your friend who gets to travel the world is living my dream lifestyle.

Hehe I think that's the dream of many!

That's the point I was trying to make when I said that the sense of security is a factor in that kind of decision. Some people just feel safer when they own those things and that's okay because currently there are options for them too.

Some people just feel safer when they own those things and that's okay because currently there are options for them too.

Again, renting a car is not exactly a new idea, but companies like Uber have really made it a lot easier for people to use transportation as a service and also the growing Carsharing industry is taking car rental to a new level. It's never been easier and cheaper to rent a car for a few hours if you have to run some errands, for example, and don't have a vehicle of your own.

Don't forget that financing for cars is reaching numbers like 84 months-- 7 years-- and getting longer. A burdensome car payment for fewer years is tolerable, but at 7+ years it's debt slavery. The push to electric cars isn't helping matters, either, since they are generally more expensive than gasoline/diesel-powered cars.

Add to both the maintenance and repair costs for modern cars. It's enough to make a car owner switch to becoming a car user.

I sold my car a few years ago and I'm only using "car as a service" now. It really suits my lifestyle and I'm saving a considerable amount of money

Flexibility matters a lot.
However owing less stuff is not really an issue am seeing but how do you keep your earnings or capital. I prefer owning stuffs than owing nothing.