In 20 years, it is easy to foresee how most of our organizations will be DAOs. For the present, they are not quite ready since automation is really just starting to kick off. Down the road, however, as AI and robotics, we will see automation expand to encompass entire organizations.

What we are seeing now is the formation of a radical shift in organizational design. It is no secret that nations organize by force. The threat of jail or some other punishment is the incentive mechanism. Here is what leads people to pay their taxes or obeying speed limits.

Society is a forced melting pot. People are brought together simply based upon geography as opposed to an alignment of goals. This can be brought down to the business level as we see adversarial relationships even within the same company.

Essentially, what is missing is volunteerism. Everything is mandated and incentives are pushed via negative consequences. More people show up for work so as not to be fired as compared to those working for the promotion.

Labor extraction is also of the forced variety. Companies tend to pay as little as they can for the labor they are receiving. Of course, the second they can get away without said labor, companies will grab that opportunity. Since the alignment of goals tends to be absent, the cat and mouse game simply keeps taking place.

We are now forging deeper into the digital world. This is an important step in humanity's progress since we are now seeing the limitations of physics being removed. Geography means very little anymore. We still have a great many of the old belief systems in place yet they will start to crumble over the next couple decades.

Digital organisms are now forming based upon something other than force. Volunteerism is entering the picture. With the incentive structure aligned via tokens, we see goals start to come together. Hence, the adversarial relationships that existed before are removed. Now they only exist in our minds.

The token becomes the rallying point. It is the mechanism that brings people together. Much of the incentivization comes through the distribution mechanism that is established. Those who believe in the goals and values of the community will put forth their effort to help grow and expand things.

Here we see a radical shift in the labor situation. Unlike the present corporate structure which extracts labor, under these organisms, we see it provided. People are willing to put forth the effort since they are part of something they believe in. Those that are passionate about that particular community will end up in "leadership" positions. It is no longer based upon hierarchy.

We often discuss the idea of tokenizing communities and, at this point, few people realize how powerful a mechanism that is. When we delve into the depths of what is taking place, we see a total shift. It is more than just social media functions or engagement online. It is the ability to assemble around ideals and values that are important to the participants.

In short, these organizations solve the problems that businesses are trying to yet keep stumbling upon their structure. This is a subject that comes up a lot these days with corporations supposedly considering all "stakeholders". That is a path to failure. The reason for this is that corporations were designed in a different era, having goals that might not be in alignment with many people today. Hence, trying to change the corporation is foolish. Nevertheless, we tend to engage in a lot of foolish behavior.

The solution is to change the structure. Altering the corporation is ineffective. The solution is to replace the corporations. Eventually, this is what DAOs will do. In the meantime, we will have to be content with digital organisms that form and grow. The key to their success will be the people and the passion that is brought around a particular subject.

Operating in the digital world means that we are dealing with a near limitless environment that transacts at incredible speeds. Thus, digital organisms can radically change the world in a short period of time. Contrast this with the establishment which operates at a snail's pace in comparison. The physical and real world simply cannot compete in this area.

Bits move a lot faster than atoms. People also can align much quicker, with a few clicks of a mouse. This is incredible power that did not exist only a few decades ago.

The horizontal nature of these organizations means they will be extremely fluid. This is something that the human mind will have to adjust to. Being reared in hierarchies, we cannot easily understand how non-vertical organizations can be effective. After all, doesn't everyone need a boss?

Corporations are soulless. This should not surprise anyone. Even when there is a leader who has a vision and a passion, most of the organization is akin to all others. The average employee is there for the paycheck. While they might pay lip service to the purpose, stop paying them and their time commitment will disappear.

Obviously, the shareholders are in the same position. A CEO with a mission is valuable as long as the earnings numbers are acceptable. The second they are not, that CEO along with the mission are out the door. 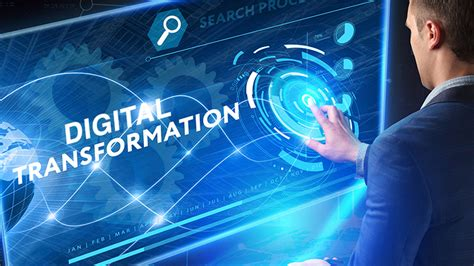 Digital Organisms operate in a different manner. People decide how much time and effort to put in. It is completely voluntary. Hence, with clearly define incentive pools, it is up to the individual to participate. Again, with horizontal design, those that dive in deeper will end up amassing greater influence.

Notice how there is no HR department. The legal department also does not exist. Accounting is done by the software. There are no C-level offices or executive washrooms.

All of that is eliminated from the equation. Hence we see the entire structure being redesigned in an organic manner. Those who have the most passion, dedicating the time and effort, will stand out. All others will fall by the wayside.

This is a radical difference from the structures we dealt with for the past 150 years or more. While the corporate design worked for its time period, we are now seeing limitations with it.

Of course, this is also leading into another ill-designed structure for the time period, government.

But that is a topic for another article.

Obviously we don't really need that many executives in the middle. They are only required when you have to deal with a bunch of people but with automation and software, I can only see that decreasing.

Do you think we will still require a legal department in the future? I still think there will be rules for communities and someone has to resolve issues

If code is law, then what is there to contest?

Of course, that is going to be a long way down the road. I am sure there will be legal things in the meantime. For example, would a leofinance need a legal department? I guess there are some things that could arise.

Who wouldn't want such an environment where your boss or a higher entity is NOT sitting above your head all the time!

Digital lifestyle provides you more control over your life, growth, and happiness. I have been a digital organism for quite some time now and it's going great so far. It's the freedom to pursue my passion is that I like the most about it. Learned so much in the past 3-4 years than I did in my entire life.

I hope more people figure out ways and explore crypto & blockchain right now. There are so many opportunities (limitless) that can change lives for good.

Where DAOs are different than corporations is that there is no vertical organizational structure. Where they are often similar is they both have a stake-weighted governance system. I don't consider unlikely that corporations will start funding their own DAOs where they retain governance control, seeming to support the trend to decentralization to stay relevant for the future.

Where they are often similar is they both have a stake-weighted governance system.

That is true although we havent had much experimentation in this manner. We will see how this all goes. Innovation is needed in this area too.

This is an environment that will be devoid of eye service.

If you want to see hive grow.. Contribute your quota and keep on doing so

Without a doubt. There is no way that things will grow unless people step up to the plate and do what they can. It is up to each to us.

Wow... this is a nice development. It will really change the world as a whole

It will. There is a lot of work to get there though. We all need to keep pushing things forward.

ah this is the new Business Structures you were referring to..

This is why I like to think that one day we will look back and realize that what we are doing here today, right now, was the foundation of this new structure.

I’m not sure corporations really “worked”. They just failed in ways and places that went unseen or not acknowledged.

That’s not so say they’re all bad. A lot of medical advancement was a result of colonization and corporate interests/endeavors, but I think they’re a doubled edged sword at best..., which I guess technically still “works”, but I think the best blades only cut the enemy. 😁