costanza in LeoFinance • 2 months ago

I continue to closely follow both the Wink.org & Sportbet.one platforms and am bringing weekly updates on the news and the Returns they are providing...

Another week has passed and both projects continue to bring in quite stable dividends. Based on the current price and the Dividends from the past 7 days, WIN currently comes in at +14.57% APY while SBET is sitting at around +22.55% APY. I wrote last week (Link) how Wink was starting their own oracle service also aiming to build a decentralized prediction market. Today the news came that they did an acquisition of justlink which previously was an oracle on the Tron Blockchain. They also seemed to have suffered some DDOS attacks last week which they protected themselves against when surfing to wink.org. Both their own WIN token and TUSD which is the native USD pegged stable coin on Tron now also is accepted to play with on the live games and in the casino/bookmaker. 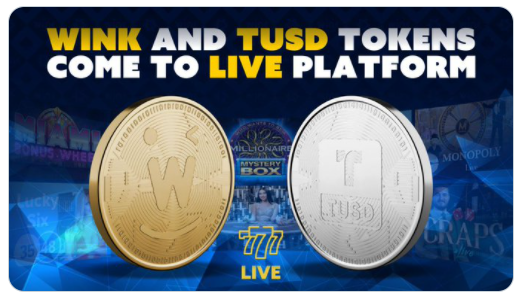 More WIN continues to be staked again meaning the profit-taking is mostly over and the dividends will need to get shared between more stakeholders. Currently, 56 Billion WIN is staked which is still far away from the 162 Billion it used to be about a year ago. 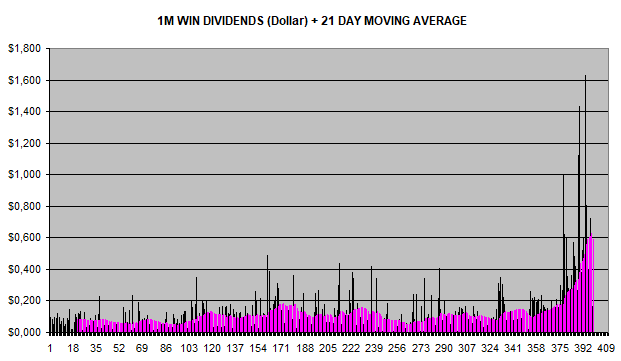 The paid out dividends in dollars based on the moving average for holding 1M WIN also continues to be on the rise currently sitting at around 0.59$ daily

The 100-day moving average dividends for holding 1M WIN is still only at 0.235$ so it still has a lot to catch up on based on the shorter time frame. I guess I could make a chart of these moving averages with possible bullish or bearish crossovers as an indicator for the price. 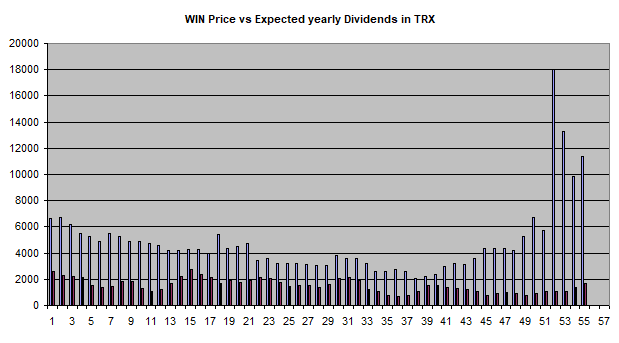 After seeing some extremes in the price compared to the APY, things now seem to be settling down a bit. It does feel like the days where APY was at 50%+ based on the price at that time are behind us though. This now no longer makes me a buyer even though I continue to happily hold on to the 14M WIN I still have frozen collecting the dividends each day for some nice passive income.

Overall, things continue to go quite well for Wink. That is unless you FOMO bought the top which still is quite a while away. I certainly wouldn't be surprised at this point if there was another crazy pump at some point during the coming months. I continue to stick to the fundamentals which are the paid dividends to make a proper estimation of the situation.

I still see sportbet.one and the SBET token as Fundamentally Undervalued currently going for 56.5$ for 10k SBET which gives the circulating supply a total value of around 2.26 Million. Similar to WIN a while back, the potential growth of the platform and userbase seems to be totally neglected when it comes down to the valuation. I couldn't help but cost-average in some more during the dip when it was below 2 Million even though I know the risk is quite high since they don't yet have a network effect and getting more users is probably the hardest things to do. I do like to use sportbet.one to actually bet myself though (See Preview & Bet Belgian Cup Match) and I don't mind being patient letting them build the platform to potentially catch both an increase in price of the tokens along with increased Dividends in case they do succeed.

So far I haven't seen anything shady yet even though there have been some complaints in their telegram of bets being canceled due to "Platform Error: Wrong Odds" not allowing players to snipe the market when there is a major move while SBET still needs to find a way to adjust their own odds quicker. For me, as a normal user not trying to exploit inefficiencies trying to catch odds where they are slightly late on a market move, I never had any issues with them.

The dividends were a bit higher again last week but they will need to find a lot more ways to get new players to test out their platform. Another announcement is expected near the end of April, the start of May, and I will report about it once it is released.

There was a slight increase in dividends (+0.434% weekly now) even though the number barely reached 100. I also found a way to see how many new players come in with currently only 1002 having signed up or used the platform from their own account.

Overall, I'm more than happy to take on the gamble on SBET and I'm tempted to buy even more at these prices despite already owning 2.4M SBET which is 0.6% of the circulating supply now.

I set a new record-high receiving over 120$ in Dividends last week. My current gambling dapp dividend portfolio exists of 14M WIN / 2.4M SBET / 10k TRX / 22 LIVE | 2271 RAKE. I continue to be interested in adding another gambling dapps that pay the losses from the gambler to those holding a token that can't be mined. So far I haven't found another good one yet. 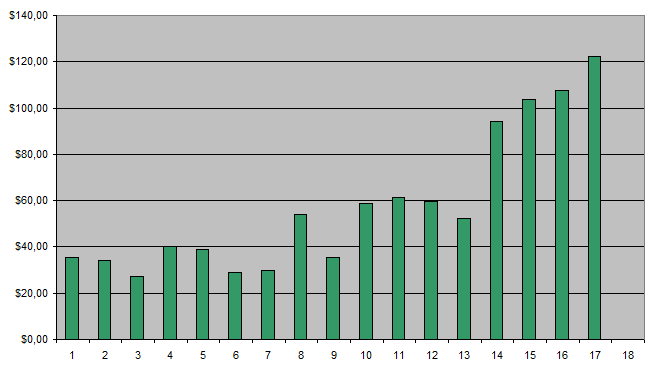 As always, I'm looking forward what the next 7 days will bring and will make another update on Monday...

@costanza! I sent you a slice of $PIZZA on behalf of @eirik.

I'll have to remember to dig into these coins a little further. Your post reminded me that I own some gambling related crypto in which I have stashed away on binance. I need to dig up my password and see if its worth anything.

I hope for you it's Wink (one of the only gambling coins trading on Binance aside from FUN) as it skyrocket in price compared to where it used to be a couple of months ago.

I really have grown to like these Gambling Dividend coins that give returns based on actual use and revenue. If crypto manages to get more adoption driving more users to gamble on some of these sites if could really pay off. That is if they manage to stay clear from regulators. So still a lot of questionmarks and risks involved :)

I think its FUN that I own.