asteroids in LeoFinance • 10 months ago (edited) 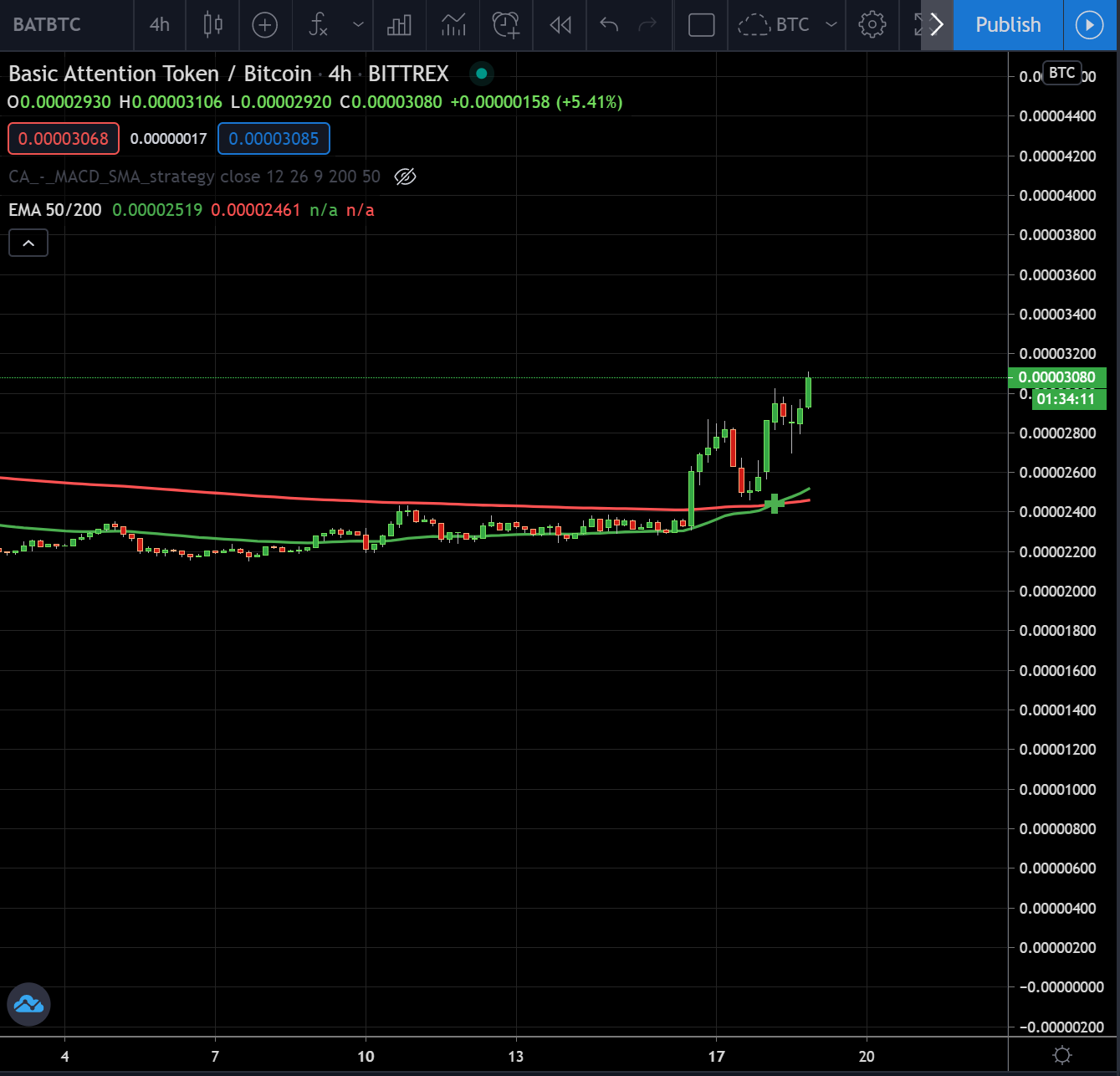 Basic Attention Token (BAT) has been on a great rally over the past few days. We saw it test some recent highs and now we're seeing it push for yearly all-time highs as well.

You may recall from an earlier post that I am quite bullish on BAT short term (although, not extremely bullish long-term due to some possible fundamental issues).

As I'm typing this, BAT is breaking through $0.37 USD and has recently crushed 3k SATs - a level that we haven't seen in quite some time.

BAT has been a pretty obvious buy as Bitcoin and many DeFi coins rallied and left it in the dust. I was thinking that it would just be a matter of time until we saw some degree of rally in BAT - which is coincidentally one of the most utilized cryptocurrencies in the world. As I mentioned, BAT is testing highs for the year. You can see here that this is the 3rd test of highs for 2020 and I think this might be BAT's opportunity to break through.

I am personally taking some small profits here but keeping the majority of my position on as we await a possible breakout. The potential once BAT breaks through these highs could be another 20-40% in gains - in my opinion.

"I was thinking that it would just be a matter of time until we saw some degree of rally in BAT - which is coincidentally one of the most utilized cryptocurrencies in the world."

Crypto is hyped up on DeFi right now, with price rallying on pure speculation. All the while coins like BAT (and you could even through HIVE in there) aren't getting the hugely speculative pumps, but continue to actually be used day to day.

I believe in the axiom that good projects always win in the long run. Hive and Bat most definitely fall into those categories